What is a coriolis mass flow meter and how does it work ?

What is a coriolis mass flow meter and how does it work ?

What is the coriolis mass flow meter?

Coriolis meters, while considered the most accurate flow meters, are susceptible to errors when bubbles are present in the liquid. The bubbles can create “splashing” within the tube, generate noise, and change the energy needed for tube vibration. Large cavities increase the energy needed for tube vibration inordinately and can lead to complete failure.

Coriolis mass flow meters can detect the flow of all liquids, including Newtonian and non-Newtonian, as well as that of moderately dense gases. Self-draining designs are available for sanitary applications that meet clean-in-place requirements.

In newer Coriolis designs, normal pipe vibration should not affect the performance of the Coriolis meter if it is properly supported by the process piping. The supports are needed for the flow tube, and the standard piping supports should be located on either side of the meter.  If the the coriolis mass flow meter is likely to be installed on a high frequency vibration applications, for example in the trains or on the ships, then we can add the soft pipe connections on the either side of the mass flow meters to reduce the vibrations.

The coriolis mass flow meters can measure double phase liquids, including liquid and gas. If the gas percentage is higher than 20% , or it is in the status of one flow of liquid , and the other flow of gas, then it is recommended to install an air release upstream of the meter.

While if the gas percentage is lower than 20% , or it is in the bubble status in the process fluid, then we can just ignore the gas. The accuracy will not be highly affected.

Coriolis mass flow meters are used predominately in scientific applications where they measure both corrosive and clean gases and liquids. They are also used in:

Coriolis flow meters with a micro bend V shape tube design are more easily cleaned so are preferred for food and beverage applications as well as pharmaceuticals. They can also handle the slurries typically found in mining operations. 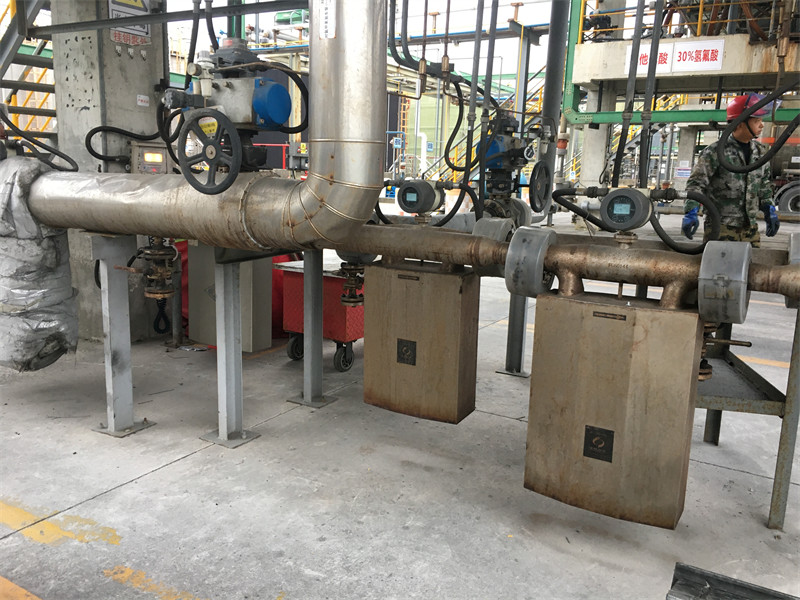 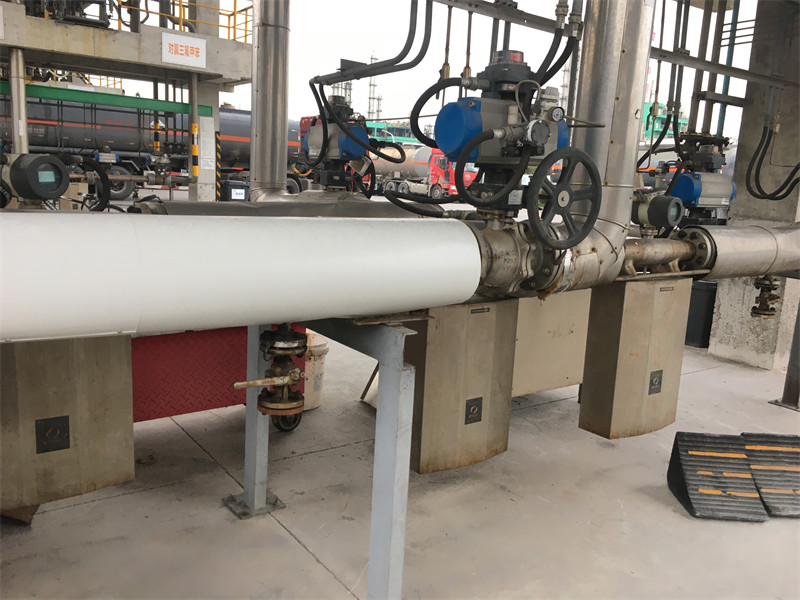 How does it work ?

Coriolis mass flow meters make direct flow measurements by artificially introducing a Coriolis acceleration into the stream. As the fluid is "deflected", the forces generated cause a distortion of the measuring tube directly proportional to the mass flow rate which can be converted to an output signal. Coriolis meters provide extremely accurate mass or volume flow, density and temperature measurement with few moving parts and no straight pipe requirements.

A Coriolis flow meter is based on the principles of motion mechanics. When the process fluid enters the sensor, it is split. During operation, a drive coil stimulates the tubes to oscillate in opposition at the natural resonant frequency. As the tubes oscillate, the voltage generated from each pickoff creates a sine wave. This indicates the motion of one tube relative to the other. The time delay between the two sine waves is called Delta-T, which is directly proportional to the mass flow rate.

About us- Beijing Sincerity

Sincerity, excellence in Coriolis production . We are the pioneering coriolis mass flow meter manufacturer in China. 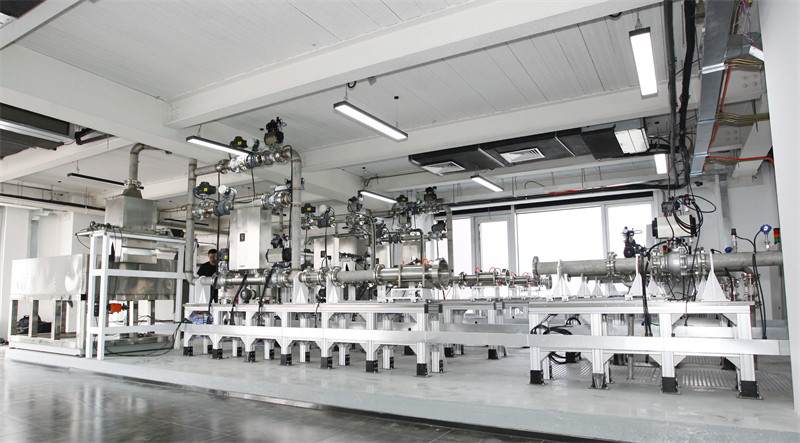 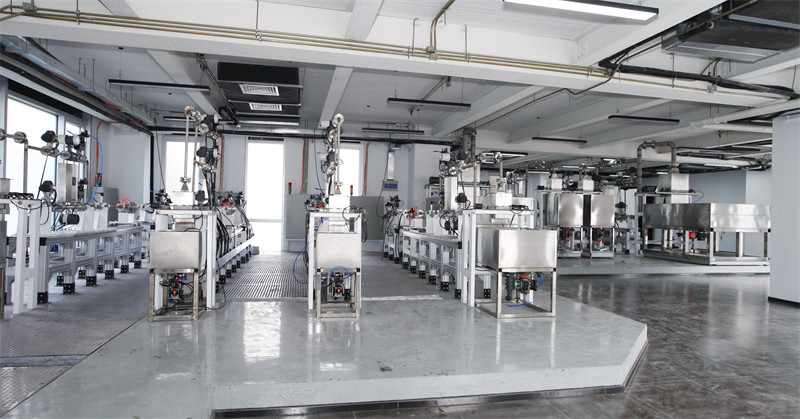 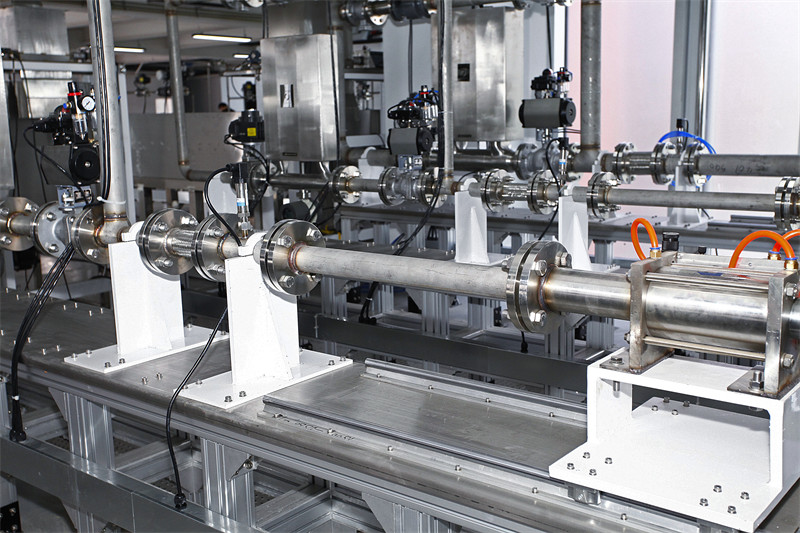 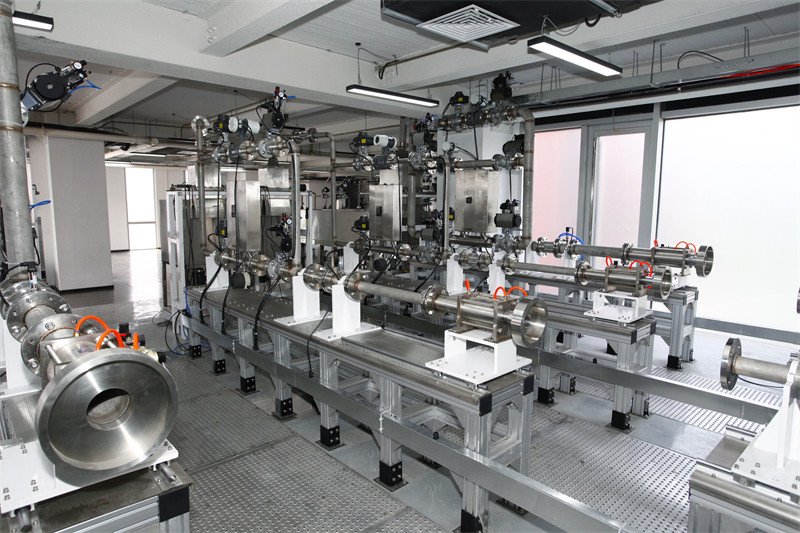