First, the classification of flow meter

Second, the working principle and application of ordinary flow meter

The turbine flow meter is a major type of speed flow meter that uses the multi-blade rotor (turbine) to sense the average flow rate of the fluid and obtain flow or total amount. Typically, it consists of two parts, sensors, and display instruments, or a single type.

Application: The vortex flow meter has developed rapidly and has become a universal flowmeter.

What are the requirements for installing vortex flow meter?

The vortex flow meter is a fluid oscillation flowmeter manufactured according to the principle of "Kamen Vortex". Vortex flow meters are widely used in metallurgy, coal, oil, transportation, agriculture and other fields.

2. Avoid direct impact on high temperature heat sources and radiation sources. If you must install, heat insulation and ventilation must be performed.

3. Avoid high humidity environments and strong corrosive gas environments. If you have to install, you need to ventilate.

4. For pipes with large vibration, avoid using vortex flow meters as much as possible. The pipe fastening device is installed in upstream and downstream 2D, and the anti-vibration mat is added to enhance the anti-vibration effect.

6. There should be sufficient space around the instrument mounting point to connect to regular maintenance. 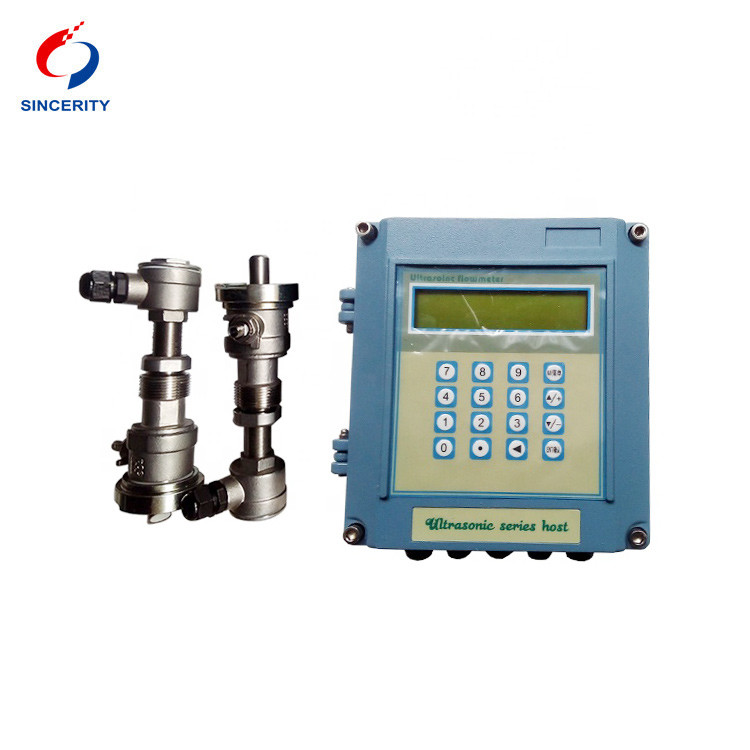 Differential flow gauges are meter of flow based on differential differences, known fluid states and detecting members and tubes installed in the pipeline, and the overall size of the conduit.

The float flowmeter is also referred to as a rotor flowmeter, which is a variable area flowmeter. In a vertical cone expanded from the bottom to the top, the gravity of the circular cross-section buoy is absorbed by the liquid power such that the float can rise and fall in the cone.

Volume flow meter, also referred to as a fixed displacement flowmeter, called a PD flowmeter, is the most accurate type in the flowmeter. Depending on the measurement results, it uses the mechanical measurement assembly to continuously divide the fluid into a single known volume fraction. Reversely fill the chamber and discharges multiplier fluid to measure the total volume of the fluid.

Application: The volumetric flowmeter, the differential pressure flowmeter, and the float flowmeter are listed as flow meters of three maximum dosages. They are usually used for expensive media (oil, natural gas, etc.).

The working principle of the inserted flow meter is based on the Law of Faraday Iron Magnetic Sense. In the electromagnetic flow meter, the conductive medium in the measuring tube corresponds to a constant magnetic field to generate a constant magnetic field in the upper end and the two electromagnetic coils in the upper end and the lower end. When the conductive medium flows, an induced voltage is generated. The two electrode measurements generated in the conduit are generated. The measuring tube is electrically isolated from the fluid and the measuring electrode by non-conductive liner (rubber, Teflon, etc.).

The basic principle of the probe flow gauge is to conduct the total static pressure to differential pressure and pressure sensors by probe holes and pressure catheters. As long as the probe hole is not blocked, the pressure can be transmitted accurately even if there is debris or dirt. Does not affect accuracy. Since the medium in the conductive tube does not flow, foreign objects are difficult to enter and block, so it can maintain high precision for a long time.

Application: extensive application. First, the wide range of media: water vapor (saturated, overheating), air, gas, gas, various chemical raw materials, liquid, water, various solutions, oil, etc., medium temperature can be as high as 650 degrees Celsius, the highest pressure can be 25MPa. Second, the applicable flow range is wide: the lowest medium flow can be measured to be 0.1 ton / hour, and the maximum measurable value is 5,000 tons / hour. Third, it is suitable for various cross-sectional shapes of the medium tube: the flow rate is not required for the cross-sectional geometry of the medium tube, such as circular, elliptical, square, rectangular, diamond, and the like.